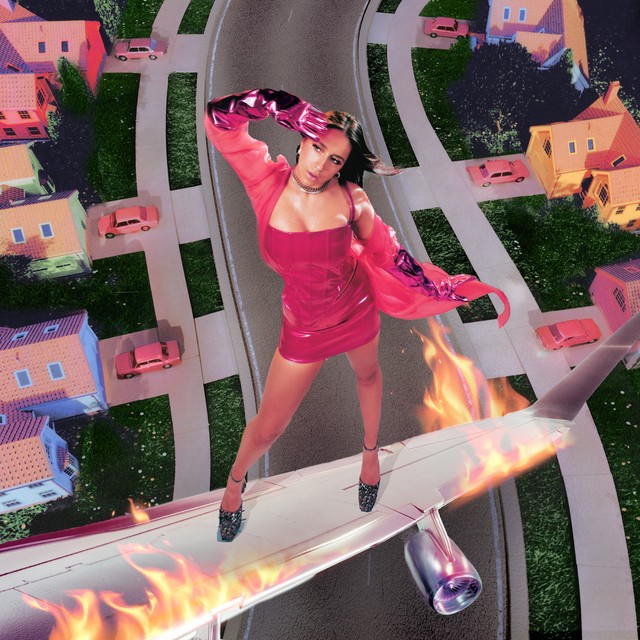 Up and coming artist Tate McRae released her first album, “i used to think i could fly,” on May 27. The singer has recently gained attention for her popular singles such as “you broke me first” and “that way.” She often sings of heartbreak and relates to an audience of teen girls through this. At the young age of 18, she has a powerful voice and a big influence in the pop music industry.

My favorite songs on the album were “i’m so gone” and “chaotic.” “i’m so gone” was an example of one of McRae’s more empowering songs with increasingly upbeat melodies. I could definitely see songs like this being played this summer. Additionally, “chaotic” has a slow piano tune that was very relaxing and fit the lyrics perfectly. She sings about very vulnerable and personal feelings, which makes these songs even more intriguing. McRae’s voice compliments the instrumentals and flows well with harmonies and autotune effects. With 13 total songs, there is just the right amount for all songs to receive recognition and to keep the album in rotation.

Although I was not originally a huge fan of McRae’s music, this album definitely turned my opinion around. I was very impressed with her meaningful and relatable lyrics, along with her consistency throughout the album. All of the songs had catchy melodies, and the versatility of the album allows for the pieces to be played in any type of environment or accompanied with any mood. Even the upbeat songs have a relaxed melody, allowing for her songs to be an easy listen. I would definitely recommend this album to anyone who enjoys pop music, as well as anyone going through heartbreak or relationship issues. McRae’s music is a great outlet for many people to relate through shared experiences and can be enjoyed by a vast amount of different types of people.