The Issaquah High Times • May 18, 2022 • https://ihsjournalism.online/5684/features/youtube-shorts-vs-tiktok-vs-instagram-reels/ 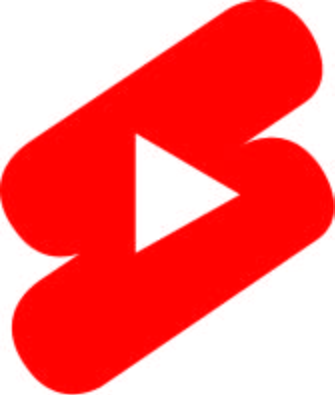 In today’s generation, people of all ages are active on social media platforms including, but not limited to: YouTube, Instagram, TikTok, FaceBook, and Snapchat. However, more and more of these applications are adopting short-video features and widely used platform YouTube moving away from their original premise of 10 to 15-minute videos.

Recently, YouTube followed Instagram’s Reels feature and added YouTube Shorts. Both apps launched their individual platforms following the ban of TikTok in some areas around the world, with efforts to recreate a similar channel for content creators globally. An article by Makeuseof states, “Out of the three platforms, TikTok came first, and the others were a response to its success. TikTok filled the market that desired short-form content. When the app arrived on the scene, you had your pick of videos that were no more than 60 seconds long. Plenty of users considered TikTok the new Vine. Many reminisced of the Vine days when sketches were only seven seconds long, and you could spend hours consuming clip after clip.” Since the apps are so similar, both Instagram Reels and YouTube Shorts received criticism from the audience as it seemed like “copying” TikTok’s idea only for more popularity. Junior Kelsey Osburn states, “I think YouTube saw the fame and money that TikTok and Instagram reels brought to the table and it threatened their company.” YouTube has spent years developing a brand for itself and if users start switching to other apps and lessen the amount of watchtime, it ultimately results in a loss for their entire company, especially with the other apps being more appealing to the newer generations. An article by Filmora states, “According to the Shorts product lead Todd Sherman, the social media giant aims to unleash new grounds for creativity… At a glance, YouTube Shorts looks pretty similar to TikTok. However, there are certain TikTok features that even the Shorts product manager Todd Sherman disagrees with is that of the YouTube Shorts. Sherman said the way TikTok works is quite an industry-wide standard than the point of view of any single app.” The article goes on to state the comparison of both apps, establishing that Shorts and TikTok do in fact have some differing features. For example, TikTok and Reels analytics for content creators are available on the app itself; however, YouTube requires its creators to download “YouTube Studio,” an app that reflects their overall performance with regular, long videos, and their Shorts. Another article by Vamp, adds that “in general, YouTube has a large music library. This gives Shorts a major leg up against TikTok, as the platform’s huge audio library gives users an abundance of popular and undiscovered songs to choose from, possibly more than what TikTok currently offers… [However,] TikTok offers a huge library of filters, including AR effects and greenscreen effects, whereas Shorts only offers filters that edit the video’s brightness, tone, temperature etc.” Even though YouTube attempted to make it seem like their own idea, it is obvious that it is heavily based on the other relevant apps today.

However, at the end of the day, user preference is what matters the most. Senior Conner Vergara states, “Because I use YouTube the most, I like the media on YouTube better than other apps.” Freshman Jacob Chalissery agrees, stating that “I watch YouTube more so I end up watching some shorts as I do not have TikTok.” For people who dislike the other apps or do not have it installed, they are still having the exposure to the same content on YouTube; however, for those that do see this on other social media platforms find it extremely repetitive and the content quality decreases. Junior Sofia Kapelu states, “I believe this is 100% true because most content creators post videos that they posted on TikTok to YouTube shorts to only promote them as it boosts their following and view count.” Senior Inaya Rizvi adds, “I think this repetition of content and trends definitely takes away originality in a lot of content creators. We see people like Charli D’Amelio who literally gain millions of followers just from doing trending dances on Tiktok. Because it is so easy to just copy trends and other content, many creators do not really need to work as hard or be as creative as others have in the past or even now to gain influence and even fame.” With so many places to grow their audiences, content creators have started to apply smart-thinking, posting the same content on all these platforms to reach the trending lists. As an article by Alphr states, “YouTube Shorts [does] have a potentially bigger reach than TikTok videos. That’s because Shorts are a part of the already established YouTube platform and coexist with other content.” Due to the brand name that they carry and the audiences of various age ranges, YouTube uses that to their advantage and is able to give features like TikTok and Reels a fairly good competition, but that does not take away from the issue of the same concepts being depicted across the board, starting at TikTok and following as a ripple to the others.

Throughout the years, social media has continued to set unreasonable standards for “good content” and when one idea works, it is masked in different methods and served to other audiences. The actual content is the exact same with a few minor tweaks, like the same dance choreography on different sounds. Rizvi states, “Consumer audiences are, in my opinion, becoming easier and easier to impress. Because these Tiktoks last only between 30 seconds and three minutes, creators have very little time to catch the consumers’ attention, which they often do with things like thirst traps, body checks and other ways of just ‘looking pretty’ to get views. It is interesting because I will see a video of someone considered to be ‘prettier’ doing a video, with a million views and the comments raving about them. Then, I will see someone else doing the same video but that is not considered as ‘pretty’ by people who literally say how cringe they are in the comments. It is only interesting how much someone’s perceived beauty affects their fame and overall how they are received by viewers.” Because people idealize these content creators, if need be, they will watch the same things on YouTube Shorts and provide just as much engagement to support their favorite creators. Only time can tell how much the audience will put up with several apps launching the same type of features and whether the demographic of users for each app will change.