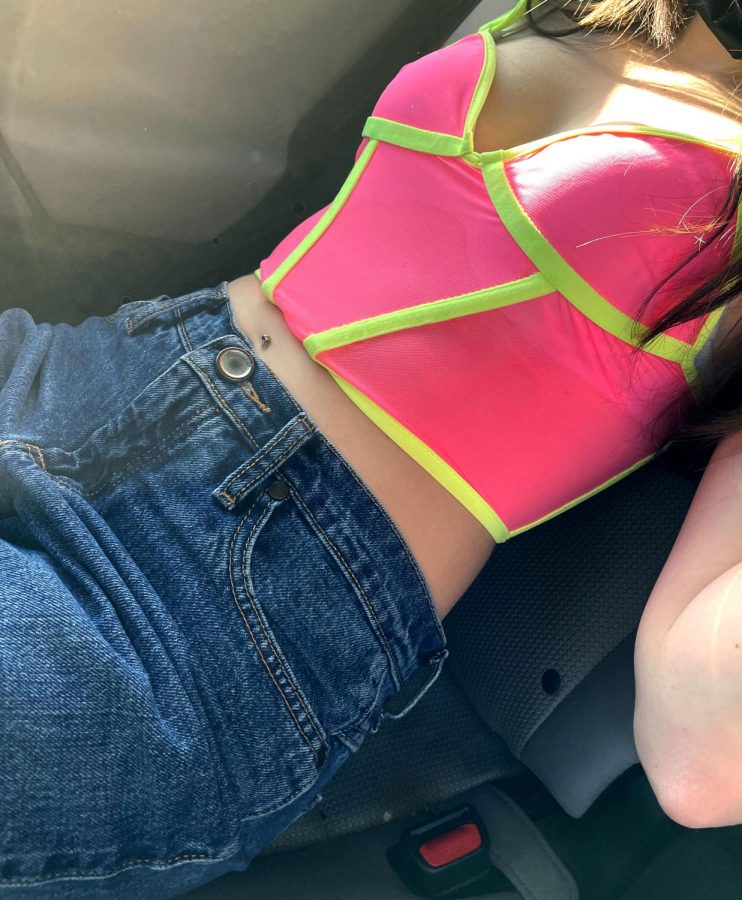 Why are millionaire influencers so infatuated with cheap clothing? Every upcoming celebrity has either posted videos or pictures wearing this cheap, destructive clothing, and many have even partnered with the companies that produce this clothing. Influencers need to recognize the substantial amount of power that they hold. While fast fashion does allow people to purchase trendy clothing for extremely cheap prices, it has numerous environmental risks, and there are unsafe conditions for the laborers that are forced to produce this clothing. Social media has undoubtedly worsened this issue. While peer pressure to wear the latest, trendiest clothing has always existed, social media has only amplified this pressure. Additionally, shopping can be a way that people relieve stress. With so many clothes available for such cheap prices, fast fashion allows users to binge shop, which harms the environment and puts more pressure on workers to work faster and harder while maintaining the same wage.

So many young children and teenagers have access to social media and the endless amount of fast fashion that is constantly advertised. Senior Haley Bautel states, “I think that social media has worsened the amount of fast fashion produced/sold because influencers are often advertising clothing from fast fashion companies, which influences their fans to buy from these same companies.” Social media adds a new pressure that builds onto the consumerism epidemic. Bautel also explains, “Influencers advertise fast fashion simply because they are offered the best deals for the product. The whole reason people love fast fashion is because of how cheap the prices are, and influencers are no different. Influencers aren’t thinking about the impact fast fashion has, but instead are looking at the deal they are being offered to advertise these brands.” Even when influencers are not intentionally advertising fast fashion, they post pictures of themselves laughing and smiling while wearing either fast fashion, or the expensive, original products that companies like Shein and Zaful copy. This forces users to link new clothes with happiness and the life that they strive for. When users make this connection, they buy more clothing, and because it is so cheap, it is often purchased in extremely large amounts. This harms the people that produce the clothing, and the environment. Good On You  explains, “Fast fashion’s negative impact includes its use of cheap, toxic textile dyes—making the fashion industry the second largest polluter of clean water globally after agriculture.” This shows how fast fashion has numerous negative aspects, including harming the planet we live on.

The love for fast fashion is partly psychological. Influencers introduce fast fashion companies and users become addicted to the feeling they get while shopping. An article from The Atlantic explains, “Fast fashion perfectly feeds this neurological process. First, the clothing is incredibly cheap, which makes it easy to buy. Second, new deliveries to stores are frequent, which means customers always have something new to look at and desire. Zara stores famously gets two new shipments of clothes each week, while H&M and Forever21 get clothes daily.” All of these factors create the perfect environment for fast fashion to flourish and grow. There is no denying the psychology behind fast fashion, and social media is not the sole reason that fast fashion has grown.

Additionally, social media users may not even be researching or exploring clothing options, but the numerous ads that appear on a multitude of social media platforms encourage buyers to spend more. A user could simply be browsing their favorite social media platform, when a slew of clothing ads interrupts their peaceful browsing. The user continues to think about the ad, and because these companies sell thousands of different styles, colors, and sizes, everyone is guaranteed to find something they love. Sophomore Ilyaas Motiwalla states, “I get the most ads on Instagram or Youtube.” Targeted social media ads only feed into the fast fashion epidemic.

Another reason why fast fashion is so popular is its ease of accessibility. While many argue that cheap clothing is beneficial to poorer people because they are able to afford it, the majority of fast fashion consumers are wealthier, upper- or middle-class people who buy from these companies because they enjoy the feeling and psychological response they get after purchasing hundreds of items. Junior Ben Konopka explains,“I think fast fashion has grown a lot in recent years because of how cheap it is. Many people tend to buy things just because they look good and are cheap.” Just because you may like how a shirt looks and the cheap price point, you do not have the right to unnecessarily harm the planet, people, and animals that these companies rely on. Freshman Shivani Gupta states, “The fast fashion industry has grown so much in recent years because fast fashion companies want to keep up with trends, and the trends change so quickly. People want to keep up with the trends without going completely broke.” Social media constantly introduces new trends. Instead of lasting years and decades, the vast majority of trends last merely a few months, or even a few weeks in extreme situations.

However, there are multiple positive aspects of social media in relation to fast fashion. Influencers with a large following, or even average people, can warn buyers of the effects of fast fashion and encourage them to shop from sustainable companies. Furthermore, they can recommend where to find the best clothing for a decent price point while still finding clothes that they love and staying ethical, specifically from an ecological and humanitarian standpoint. Bautel says, “I think that if influencers are advertising fast fashion, they should absolutely be discussing fast fashion. I believe it is important that we incorporate discussion of current issues into our society, and this includes influencers.” Fast fashion is a crisis, and by allowing social media influencers to ignore the crisis, society is only excusing the horrible actions of fast fashion giants.

Fast fashion is plaguing our planet and social media plays a large part in the awful consequences the planet and other humans must endure. Customers often fail to recognize that there are so many underpaid, overworked people who are responsible for producing the thousands of dollars of clothes that they received in the mail. Before you binge shop, acknowledge your options, actions, the consequences, and those who will be affected by your actions.