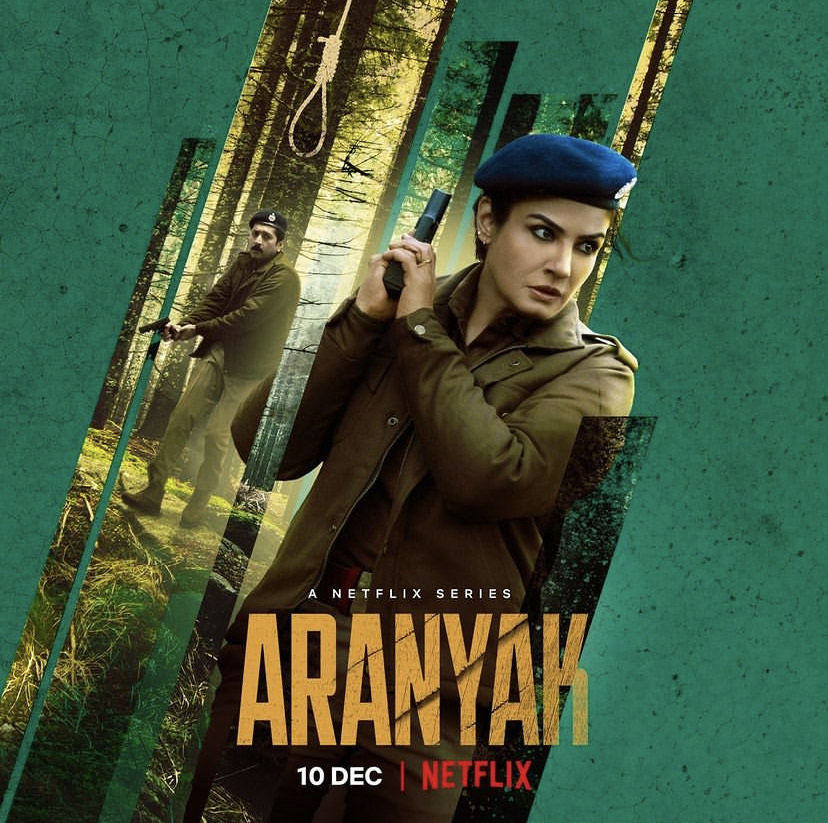 “Aranyak”, an Indian series, was released to Netflix on Dec. 10. The show consists of eight episodes and only has one season; however, it has quickly risen to the top and become a global hit in just a few weeks.

The show’s opening scene depicts a school play where a man playing the role of a “nar-tendua,” which directly translates to “leopard-man,” kidnaps a small boy playing the role of a rabbit. The show then skips to the life of a police officer named Kasturi Dogra, played by Raveena Tondon, who is barely keeping her life together. Unable to manage her work and personal life, she takes a break for a year and is replaced by another police officer named Angad Malik, played by Parambrata Chattopadhyay. As soon as he takes her position, a mysterious case arises when the dead body of a teenage French foreigner, named Aimee Baptiste, is found hanging in the forests of Sironah. Kasturi rejoins the force immediately after to solve her first big case. Although Angad and Kasturi push for a thorough investigation of the case, they are constantly faced with obstacles as the townspeople believe that the crime is the doing of the nar-tendua that resides in the forest. The show continues to follow the unraveling of the suspenseful case and more clues are revealed in each episode, leading to new suspects and pieces of the story being unveiled.

Overall, “Aranyak” was an extremely impressive thriller and is an interesting watch for audiences that enjoy the mystery genre, as it keeps you on your toes until the very end. As the story progresses, viewers have several opportunities to attempt to put the pieces together and find the culprit. However, the twists and turns make it difficult to not shift the suspicion to each of the different characters.

The series touches upon the ideas of political conspiracies, conflict in marital relationships, gender-stereotyped responsibilities, and the concept of trust. The situation presented tests the relationships between each of the characters and engages the audience with a plot twist in each episode. The show is a must-watch and is available in Hindi, English, and Spanish audio options on Netflix. It is intriguing to see everything flow and come together, only to end on yet another cliffhanger. If you are looking for an exciting watch, definitely stream “Aranyak.”