Red (Taylor’s Version): Yet Another Great Release by Taylor Swift 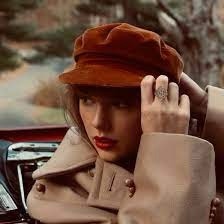 In 2012 Taylor Swift released an album called “Red” which ended up being a huge hit. The album was what made most of Swift’s fans her fans, essentially. The album containing heartbreak and the story of a dramatic love story became one of the heartbreak albums that everyone knew. Now Swift has re-released the album with previously unreleased vault tracks. “Red” has always been one of her most delicate albums, so when Taylor Swift re-released “Red (Taylor’s Version)” on November 12th, she demonstrated not only her vocal power as an artist but the timelessness and relatability of her music. The album continues to make history as when it was released; there were 90.8 million streams on the day of its release. My favorite re-recorded songs were “Holy Ground,” “Stay Stay Stay,” and “Everything Has Changed ft. Ed Sheeran.” These songs demonstrate Swift’s growth and voice maturity since 2012. However, my favorite part of the album is the vault tracks. The vault tracks are the best parts of the re-recordings especially as these songs are arguably some of the best on the album.

“All Too Well (10 Minute Version) (From the Vault)” is a groundbreaking song. This 10-minute masterpiece continues to display its power as it shatters records globally. Hitting #1 on multiple charts including the Billboard Hot 100, and being the longest song to ever chart in history, Swift has once again proven why she is one of the most successful artists of all time. Her partnership with Ed Sheeran was another defining moment with the re-recording of “Everything Has Changed” and the release of “Run,” the comparison from 2012 to now is mindblowing. The maturity of both artists’ voices and the evolution of their music is displayed with their talent and flawless partnership.

The one song that I will skip is “Girl At Home.” The original had a great flow with lyrics and was an easy song to sing along to, but the rerecording didn’t possess the same level of smoothness with the different beats and the lack of the acoustic guitar. It didn’t keep the same vibe as the original did. The music is more electric and modern than the classic guitar vibe that Swift often includes in her music. Overall, “Red (Taylor’s Version)” was an amazing album. Swift captured the essence of her dubbed “sad girl autumn” perfectly. As it continues to break records, I’m excited to see what the rest of the rerecordings consist of after seeing her excel with this album.