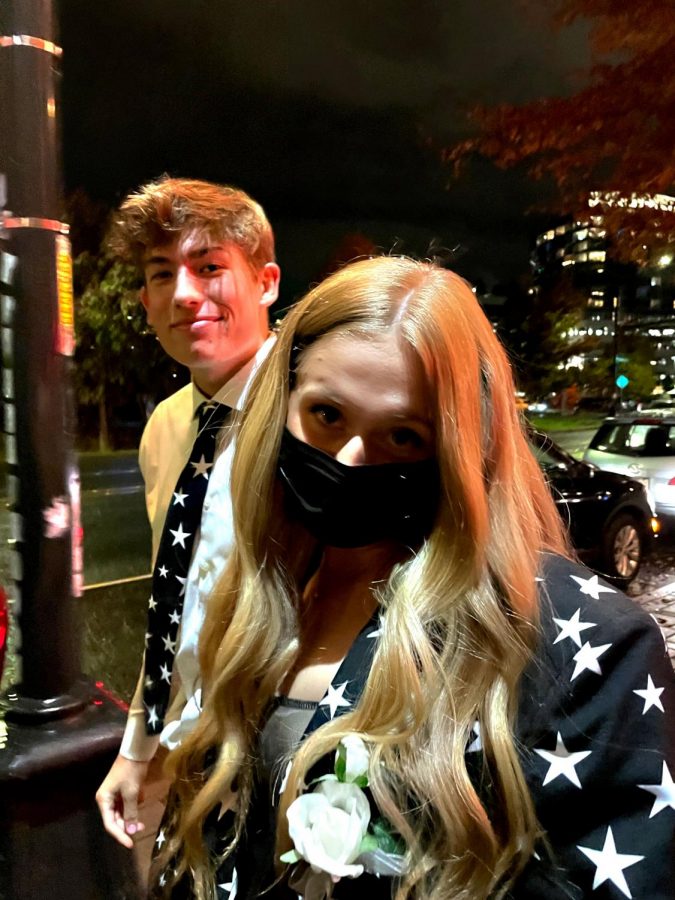 As we all know, COVID-19 has hit the world hard these past two years. Still, some things have gone back to some sort of normalcy. School, sports, and work have slowly started to come back and luckily are able to be in person with the accommodation of masks, social distancing, and now, the vaccine. Most IHS students, especially seniors, were worried about missing out on school events this year, but with the accommodations and mandates from the Washington state government, many feel a lot more comfortable attending these events. In fact, the school was even lucky enough to host the traditional Homecoming dance. However, according to students, it was still far from normal.

At multiple schools down in the south, students still wanted a chance to take part in one of the biggest events in high school, especially the seniors, having it be their last Homecoming ever. In states like Texas, Alabama, and Louisiana, where the vaccination rate is the lowest, schools were still able to have these events with accommodations if not vaccinated. Homecoming being held outside in spacious areas so there is less room for close contact. Some schools also had a limit of 1,000 tickets being sold to attend, essentially cutting the number of attendees to hopefully stop some spread of the virus. As various other schools across the country find creative ways to make school events like homecoming work, let’s hear what some kids at Issaquah High School thought of this year’s Homecoming.

This year, IHS hosted Homecoming at the Seattle Aquarium; in past years it has always been on campus, but because of the schools concerns with spreading COVID-19, it was not held at school. ASB and the school did not want to be responsible for possibly getting kids sick, so they held it in the aquarium, where there was room to walk around with masks on and no dancing to accommodate social distancing.  It was open from 7:00-10:00 p.m. and was a formal event with some of the fish, otters, and other sea creatures open to see. Junior Spencer Hawk notes, “I really liked the idea of going to the aquarium, hearing some classy music and looking at all the fish was cool, but it ended up being kind of boring after a little. There was no dancing or good places to take pictures.” He also adds, “I feel like they could have done it at a more interactive place like a bouncy house or arcade.”  Freshman Cate Raber says, “I went with a small group and went to dinner at Tutta Bella and only went to the aquarium for the last part, maybe 30 minutes. I didn’t like the aquarium just because there wasn’t a lot of fun music or dancing. It was really fancy. I heard from upperclassmen that Homecoming is kind of like a party scene, but this felt a lot more formal than I thought it was going to be.” Senior Nick Benis agreed with this saying, “It was really far to drive to and parking was kind of a pain. I didn’t really see the point in going to an aquarium, but I just wanted to go because it’s my last Homecoming. It felt awkward at times but I still had a good time with my date and friends.”

Overall, it seems there was a general consensus around the school and between all grade levels that the aquarium was just an okay place to have the event. However, in places where vaccination rates are low and COVID-19 cases are high, those schools would have loved to have a homecoming. In Kalamazoo, Michigan, the Kalamazoo school district cancelled all homecoming events on their homecoming week due to a huge outbreak caused by no mask wearing at football games. “We’re going to take every moment we can to celebrate being back together safely,” Portage Central High School Principal, Eric Alburtus said.

Even though some schools had to completely cancel homecoming, other schools got a little creative. After multiple meetings with the student body of Mountain View High in California, the school came to the conclusion they could host homecoming at their parking lot. A concern for some students was that it might be too cold or that masks would have to be worn but according to junior Toki Mirimoto, ASB vice president, “ I heard from [students]that it was actually nice to have the dance outside because it was more spacious and less stuffy compared to inside the gym.” There was also no eating or drinking allowed in order to keep masks on and stop airborne spread of the virus.

Similarly to James Madison High, the student body put together a great event during this crazy and uncertain time. It was a huge relief for students, specifically seniors, to be able to celebrate their last homecoming. Now, students at IHS and across the country can be thankful that they had their first traditional school event in years, still in these days of the virus.