The Future of Space 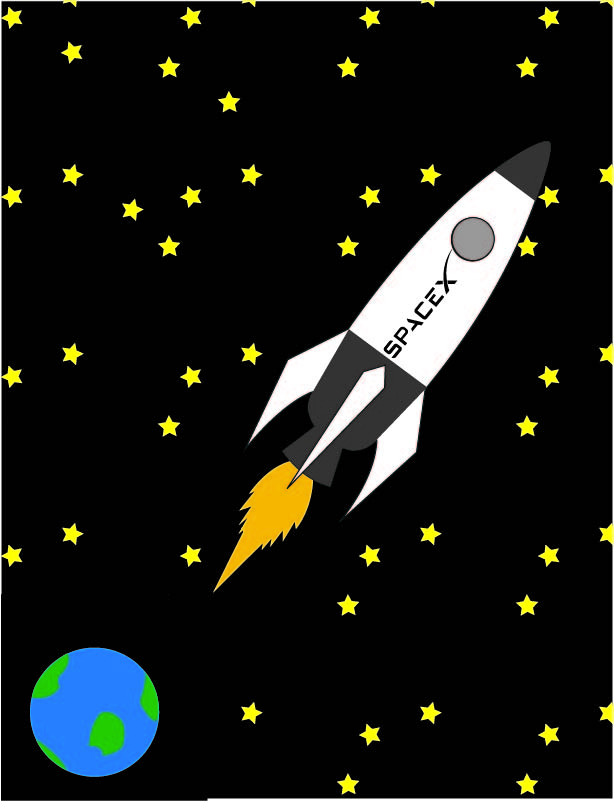 Since the dawn of mankind, humans have stared up into space with wonder sparkling in their eyes, seeking to know what is out there in the grand expanse above.

In our age, we can finally quench our thirst for such knowledge, as NASA’s latest “Lucy” probe left earth with exactly that purpose in mind. It launched on Oct. 16, shooting into space from Cape Canaveral like all NASA spacecrafts. The probe is aimed for the trojan asteroids, which are the last remnants of our early solar system, sure to provide a treasure trove of knowledge about how our system formed billions of years ago. NASA stated in a report that the probe “will explore a record-breaking number of asteroids, flying by one asteroid in the solar system’s main asteroid belt, and by seven Trojan asteroids.” Knowledge is not the only reason this probe is so important. With a revolutionary gravity assisted maneuver, the probe will get take an extraordinary number of unique pictures, NASA asserting that “no other space mission in history has been launched to as many different destinations in independent orbits around our Sun.” Due to the travel time, it will take years until we receive any data, but according to NASA, it will be “more than worth it.”

The probe encountered an issue, however, as shortly after launch it failed to fully deploy one of its solar panels, and it is currently still in the earth’s orbit. Though this sounds like a tragedy, NASA is unsure sure about how catastrophic this failure is yet, and they are currently deciding on whether any external action needs to be taken to bring the probe back into commission. Though according to an article by Screen rant reports that by NASA’s own statement the “solar array is generating nearly the expected power when compared to the fully deployed wing.” Due to this, action may not need to be taken and the mission might continue as normal, though it may not last the originally expected 12 years.

Even if Lucy does not work out, NASA has already completed its next telescope, the “Webb.” It will launch on Dec. 16 and unlike its predecessors, it features an infrared camera. The “Hubble,” NASA’s most famous telescope, viewed the world in the same visual light spectrum as us, capturing space in the way we would see it, severely limiting the amount of space that we could capture. The Webb, however, will see infrared light, and according to a fact sheet released by NASA it will be able to “look through dust clouds to see stars creating solar systems just like ours.” The Webb will be revolutionary to astronomy as on earth, our atmosphere blocks us from seeing most of the infrared light emitted from space. The Webb will unlock a vault of cosmic knowledge for humanity, as we would be able to see farther than we could see ever before. NASA specifies that “ultraviolet and visible light emitted by the very first luminous objects has been stretched or (redshifted) by the universe’s continual expansion and arrives today as infrared light. Webb is designed to (see) this infrared light with unprecedented resolution and sensitivity.” In other words, Webb may allow us to unlock the secrets of our universe’s creation.

NASA, an agency owned and paid for by the American government, has been launching such missions for decades, almost singlehandedly advancing humanity’s knowledge of space. They are the ones who took pictures of the stars, they are the ones that landed humanity on the moon, and they are the ones that built a permanent space station in Earth’s orbit, allowing for limitless scientific study. NASA’s solidarity in the field is quickly changing, however, as SpaceX, a privately owned company, has been rapidly advancing since 2002. Created and owned by Elon Musk, the company is often considered the only successful privately owned space company, sending dozens of rockets into space with zero government funding. They got their first rocket into space in 2008, and in 2015 they successfully launched the fully reusable and relatively cheap Falcon 9. Since then, SpaceX has been launching rockets practically every week, and often launch satellites up for NASA. They have even docked with the International Space Station, the first privately owned company to do so.

NASA is lucky if they can complete one rocket launch in a month, but SpaceX is doing them every few days. According to SpaceX’s website Spaceflight Now,  SpaceX launched a Starlink satellite with a Falcon 9 on Nov. 12 and will launch a Falcon 9 “Dart” on Nov. 23 which will test the possibility of destroying asteroids threatening earth. senior Vasiliy Kovalenko a stated that he would consider the company’s progress a “6 out of 10” and theorized that it would only take a few decades for spaceflight to become cheaper.  Elon Musk famously wants to get humans on Mars by the 2030s, and with such a packed launch schedule, he may actually accomplish this ambitious goal. IHS has varying opinions on whether this is possible, as sophomore Kaleb Delgano, stated, “There are several factors to this happening and not happening, so no this isn’t realistic” while freshman, Keira Castanares, stated that “yeah, knowing Elon. Mars is very far though; it is an extremely lofty goal.” When asked whether she would live in an early Mars colony, junior Kennedy Eller stated that it “depends on the conditions.”

Though they are both competing in the same field, NASA and SpaceX are not enemies. They are working towards the same goal of advancing humanity, but they are doing them in entirely different ways. While NASA builds telescopes, SpaceX builds rockets and satellites. There is an infinite amount of room in space, and the companies are not competing financially, so there is no point to pit them against each other. SpaceX even services NASA’s International Space Station, showing that the relationship between the companies is purely symbiotic.