The 2020 Election Is a Referendum on Character 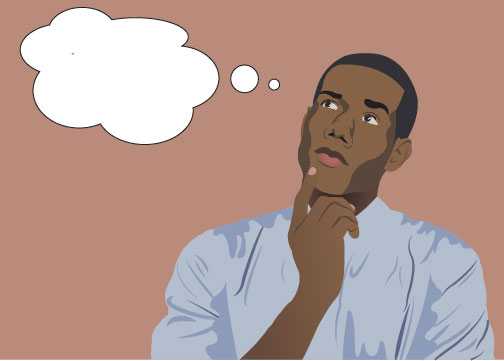 Each election, Americans carry out their duty as citizens by voting. We typically conduct research on each candidate’s policies, considering the pros and cons of each and often emphasizing how we will be personally affected by certain policy initiatives or mandates. It is an important part of the electoral process, as an informed electorate is a guarantee of a more functional democracy, but in this election, it is not the only thing that matters. In 2020, we are not just voting for stances or ideas, but for character.

In an ideal world, those running for the highest office of the land, regardless of their political positions, are all decent and considerate people. They follow a certain set of expectations, mainly being that they engage respectfully with their opponent and act with compassion and reverence, understanding that the position they are running for is one not to be underestimated in value. But this is not an ideal world, and it is certainly not an ideal election. Those would-be prerequisites for candidacy have been all but abandoned by the Republican party, tossing their “family values” label in the trash in exchange for a man who treats his opponents as though he were a high school bully. He excels in name-calling, he belittles those dealing with mental illness and disability, and he lies, lies, lies. And that is not even the half of it (heck, that is not even the one hundredth of it).

For many, the first presidential debate was a shocking revelation of just how low President Trump will stoop. He excessively interrupted both Joe Biden and the moderator (at one point, he cut off Biden from talking about his dead son to make fun of his other son’s past drug addiction) and, in a time when over 200,000 people are dead from the coronavirus, he managed to cast himself as the victim, complaining that he was being unfairly treated by the media and the IRS. He repeated this behavior just days later in a 60 Minutes interview, refusing to answer questions from one of the most respected news programs in the country on the account that they were too harsh on him. The President of the United States walked out of that interview.

This behavior is childish, disgusting, and indefensible. It is also nothing new. In fact, it is how he has been acting since the start of his campaign, because it is all he knows. He has not once expressed an ounce of genuine care for the American people, nor has he indicated that he is in this for anyone but himself. He is grossly unfit for office and an embarrassment to America. Never did I think I would live in a time where parents would have to tell their children, “Don’t act like the president.” Yet, here we are.

So, why does it matter? It is a sentiment I hear often from Trump supporters or undecided voters. The idea that while his morals may be a bit questionable, all that matters is what he ends up doing in office. But character plays a direct role in that, too. It is his lack of empathy that leads him to mismanage things like the coronavirus crisis, for he is incapable of thinking about the greater good and the long-term health of Americans. Instead, he immediately thought about its consequences for himself, trying to play it down and costing lives. Even now, after being diagnosed with COVID-19 himself, he parades around the country without a mask, holding massive gatherings that disregard his own government protocols. This is not only dangerous behavior, but a statement that he does not care enough to protect the lives of even his own supporters. He is an egomaniac, obsessed with his self-image on social media so much so that it distracts him from his job. We see that when he orders tear-gassing of peaceful protesters so he can hold a photo-op while the nation grieves and reckons with racism. All these issues are ones of character just as much as they are about action. He cannot act in the best interest of the people because he does not care about the people

This election, we are voting on someone to carry us out of this crisis, to lead not only our country but the free world, and do so by example, with decency and an understanding of the gravitas that title carries. This election, character is on the ballot. Which side will you choose?