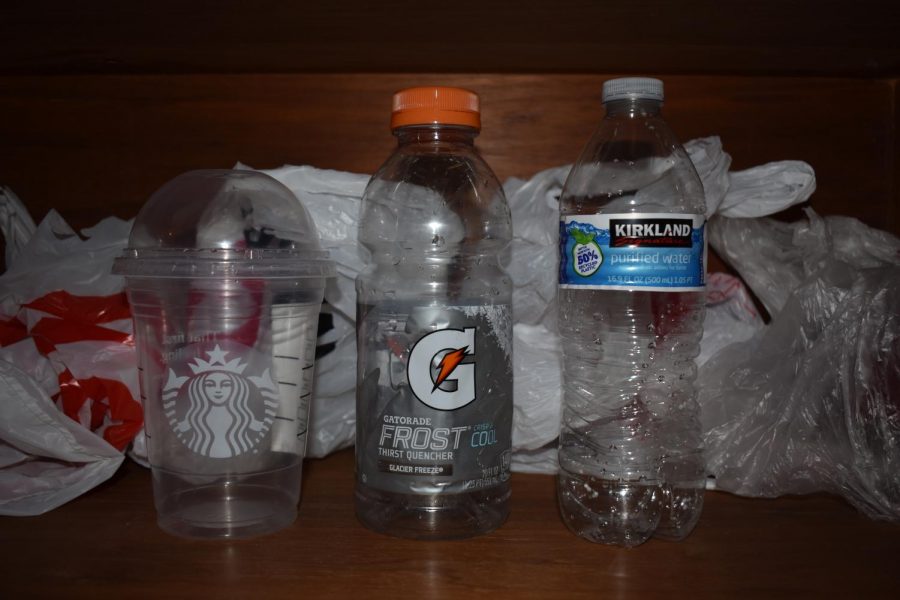 Plastic is everywhere. It is in landfills, oceans, communities, and many places in your own household. Most people are aware that plastic pollution is a problem, but to what extent is unclear to them, as well as the serious problems it can pose to our health. People tend to associate plastic with items that you dispose of right after you use them, such as plastic bags or plastic water bottles. However, plastic is everywhere you look, whether you realize it or not, and although you may not throw all plastic away right after you use it, it will all eventually end up in landfills, or in even worse locations such as beaches. People do not necessarily consider this at purchase and that is the problem. Plastic does not just consist of plastic bags or water bottles, but it consists of toothbrushes, cosmetic products, hairbrushed, food containers, and so much more. Because plastic is everywhere, it is considered normal and these plastic items get overlooked, and people often do not even think of them as a threat to the environment. This is why plastic plagues our planet. Most people know about the Pacific Garbage Patch, but they are unaware that the problem is much worse than it appears to be. According to USA Today, “Tiny broken up pieces of plastic – microplastic – aren’t just floating at the water’s surface but are pervasive down thousands of feet.”

Now that the plastic plague has been stressed, it is important that some environmentally friendly plastic swaps are presented. It seems that many easily avoidable disposable plastic products are used in a lot of people’s kitchens. For example, many people use Ziploc bags and plastic wrap every day. However, there are a few alternatives for these items that do not only limit waste, but save money too, as they are reusable! Tupperware, which has existed and been used for a long time now, is a good option for storing food. “We own Tupperware containers and reusable food wraps that we try to use instead of plastic items,” says freshman Anabelle Hughe. However, there is the case of chemicals, which will be addressed later. Additionally, beeswax wraps, which have recently been increasingly popular, are an amazing, toxic-free option for storing food. Silicone reusable bags have also been becoming popular, and are great for people who heavily rely on plastic or Ziploc bags. Lastly, and something that is often overlooked, is reusing containers from items that you buy. For example, pasta sauce usually comes in a glass jar when you buy it, which you can remove the label from and then use for food storage or even turn it into something like a vase for flowers!

Another important aspect about plastic that most people seem to be less worried about is the dangerous effects it can have on one’s health. I think that the main reason most people do not worry about this is because it is not common knowledge. “You always see BPA Free on water bottles, so you assume BPA is bad, but you don’t really know why,” says junior Jack Lane. The Guardian states that “the largest contributor came from drinking bottled water, in which the bottle itself added more than 32 times more plastic to a diet compared with tap water.” People do not realize how much plastic they end up consuming through plastic products, and while they are aware there are some negative connotations about plastic, such as BPA, it is hard to know exactly the effect it will have. “It’s something to be aware of, but take with a grain of salt,” says senior Nina Riley.

It seems as though marketing may be playing a certain role in how people view plastic products. “It’s not something I think about, but it’s a plus when something says BPA free,” says sophomore Ryan Kuff. It seems as though many people would not even think about BPA when searching for a product, but when they see one marked as “BPA Free,” it changes their mindset towards BPA and makes them more drawn towards the product. However, while these products labeled BPA-free may be more appealing towards consumers, lacking BPA does not mean the plastic does not contain other toxins and that is something to be aware of. Steering clear of plastic all together, and rather purchasing glass or stainless steel, is not only the best option for our planet, but for our bodies, too.

Plastic seems to be becoming a controversial topic. The health effects seem to only be known to a certain extent, while the “zero-waste” movement is emerging to limit plastic and also other waste produced. While the effects of plastic may not be completely clear in every scenario, it offers many dangerous results, no matter how it is used. Therefore, it is simply best to refrain from the use of plastic whenever possible.