Economic Consequences of the Coronavirus Affect Millions across the Country 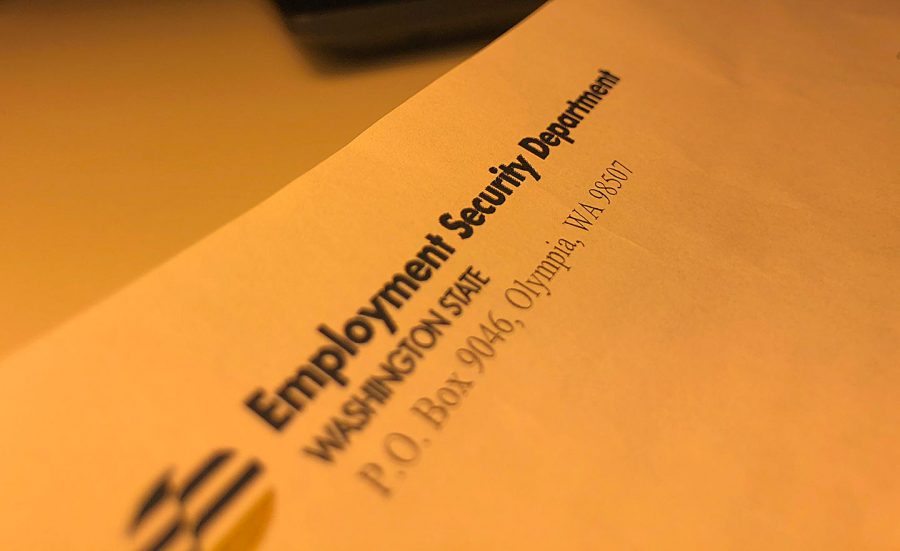 Economic experts forecasted the US could see steep unemployment rates in May and June amid the coronavirus crisis, with the possibility of double-digit jobless numbers in November. This adds to the economic stress already brought on by the global pandemic, as well as household stress. Freelancers across the country have yet to receive any financial assistance from the federal government, leaving them with little income for nearly two months. Families have drained savings, found odd jobs, and resorted to selling family heirlooms to pay rent and other basic expenses. Parents have gone to work amidst sick coworkers and some have even relocated to live by themselves, sending money to their families and isolating themselves to stop the spread.

Congress has approved another pandemic assistance package, but senators are unsure as to what to include in it. Republican Senate Majority Leader Mitch McConnell (R-Ky.) is already making clear republicans will not support an extension of the extra unemployment benefits passed previously in March. His stance is that it’s a disincentive for Americans to return to work: “Future coronavirus relief legislation must provide a better system to help make people whole, but not receive more through unemployment compensation than they were previously earning,” Sen. Susan Collins (R-Maine) said in a statement (hyperlink on statement to the article). The Democrats counter the majority’s opinion. Chuck Schumer says that, “Congress must extend benefits for the millions struggling to pay bills as the U.S. faces its most uncertain economic climate in generations. Regular unemployment insurance, they note, covers just half of workers’ pay on average.” Senate minority leader Chuck Schumer (D-Ny.) has proposed automatically tying unemployment benefits to the economy, making them fluctuate together based on the condition of the economy, but has been widely rebutted by the senate majority. The divide over job benefits will become a flashpoint for bipartisan debate in the upcoming presidential election, as well as discussions regarding the relief package. This could be a divide in the presidential election.

Perhaps the population most affected by the economic fallout of the pandemic are the freelancers. They cannot claim unemployment in some states, since they are self-employed and do not have a boss to refer to other than themselves. In Seattle, clients of the Unemployment Law Project are still waiting to receive their benefits, “sometimes two months after they lost their jobs, said Behnaz Mansouri, staff attorney at a nonprofit organization. Many are non-native English speakers and did not hold traditional jobs, making it even more challenging for them to navigate the system.”It’s convoluted. It’s unclear. It’s unprecedented,” she said, adding that many people who receive denial letters may not return and apply for the pandemic program. In some states, the unemployed have to sift through several websites before they get to the official claiming site. It does not help that almost every state has a different process to file and claim unemployment. Some require at least a week of wait time for filing, others require filing under multiple programs before even reaching the program for pandemic relief.

Another population in a significantly worse financial situation: Uber and Lyft drivers in New York State. A federal lawsuit alleges that New York State has refused to pay or has delayed the payment of unemployment benefits to drivers for for-hire-vehicle apps like Uber and Lyft for two months. Hundreds of drivers joined together to file a complaint, reading: “The (Department of Labor’s) failure to do so in the midst of the COVID-19 pandemic, when the difference between receiving [unemployment insurance] benefits in two weeks rather than two months can determine whether an unemployed New Yorker can put food on the table, is devastating to thousands of drivers and their families, the overwhelming majority of whom are immigrants.” Countering the driver’s complaint was spokesman Jack Sterne: “During this pandemic emergency, we have been moving heaven and earth to get every single unemployed New Yorker their benefits as quickly as possible — including Uber and Lyft drivers who are treated no different than any other worker and, during this crisis, are receiving unemployment benefits through the Pandemic Unemployment Assistance program quicker than most other states. New York launched our Pandemic Unemployment Assistance application weeks before other states, and we are now processing more than 100,000 PUA applications per week.”

The economy is not expected to fare much better than it has been for a while. Kevin Hassett, a senior advisor to the president, said in an interview with CNN’s Dana Bash on ‘State of the Union’ that the unemployment rate could reach “north of 20%” if “some technical things that kind of messed up” with the claims reporting are fixed. “My expectation is that since there’s still initial claims for unemployment insurance in May, that the unemployment rate will be higher in June than in May, but then after that it should start to trend down,” Hassett said.After being asked by Bash if “it’s possible that unemployment will be in double digits in November,” Hassett replied: “Yes, I do. But I think that all the signs of economic recovery are going to be raging everywhere.”  Hassett’s predictions come as states begin to reopen, paving the way for reconstruction of the economy. He also noted on Sunday that unemployment figures, which have already hit historic levels, “will be something that moves back slower.”

As unemployment rates skyrocket, we’ve reached a grim milestone: 40 million Americans with no income. The way down will be a far lengthier process, as Torsten Slok, chief economist at Deutsche Bank Securities, explains. “We’re going up the elevator and down the escalator.” However, most workers will be able to return to work once lockdown orders have lifted, as they are on temporary leave rather than permanently losing their jobs.