Erosion of the Night Sky 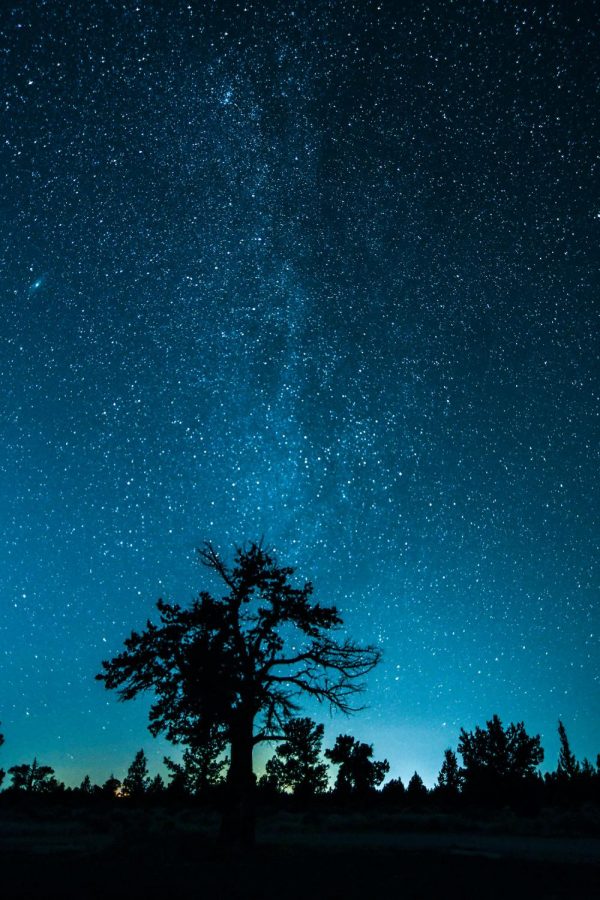 When you look to the sky at night, what do you typically see? The moon and a few stars in a blanket of blackness is commonplace, but that is not the true night sky. At least, it did not used to be.

Sophomore Bill Lee says that when he looks up at night, all he sees is “a dark sky with barely any sight of stars” and that “there are a lot of clouds that block off everything, including the moon.” So how much does our current night sky differ from the night sky of the past? A lot. The bleakness of the night sky used to be much more vivid and awe inspiring. The ancient world did not draw inspiration from it for no plausible reason. Before the time of industrialization, when the night sky was free of clouds, stars were visible in nearly every direction and the massiveness of our galaxy was on display for the entire world to see. A natural beauty diminished by the products of man. While in the Pacific Northwest where Seattle resides, clouds at night is not a surprise, but in other parts of the world, the real reason stars no longer shine is because of pollution. Not the commonly thought of pollution such as trash and greenhouse gasses but istead, light pollution.

Light pollution is the biggest cause for the stars disappearing from the night sky. This phenomenon is caused when the artificial lights that allow the world to function at night either shoot directly or reflect off of the ground and shoot back into the night sky. In an article by National Geographic, writer Nadia Drake warns that this pollution “can take many forms, including glare, or excessive brightness; sky glow, which drowns out the night sky over urban areas; light trespass, or stray light falling where it is not needed; and clutter, or confusing groups of bright light sources.” As the industrialization of the world becomes more intense, so does light pollution, which makes light pollution a fairly new problem. Drake cites that in 1994, the citizens of Los Angeles were met with a rude awakening when an earthquake brought down all of the city’s power supply. This lack of lighting allowed the citizens to see the sky for what it truly is, but it was mostly met with fear and the call lines to emergency centers and observatories were filled within minutes. Many people thought the “cloud” in the sky could have been the end of the world, but in reality, it was simply the Milky Way, which the skies of Los Angeles had not seen in a long time. This lack of awareness for the true night sky has only gotten worse since with time. Brad Plumer from Vox reports that researchers from Science Advances “estimate that the Milky Way is no longer visible to fully one-third of humanity — including 60 percent of Europeans and 80 percent of Americans. Artificial light from cities has created a permanent ‘skyglow’ at night, obscuring our view of the stars.” Ultimately, because of the constant light pollution that encumbers much of the metropolitan world, millions are never able to see the night sky in its full grandeur.

In all the hustle and bustle of regular life, being able to see the Milky Way at night may seem like a miniscule inconvenience, but light pollution has a much larger impact. Freshman Sanjit Paturi describes the continual deterioration of the night sky as “a live meter of how much [we humans are] polluting, and the impact it is having on the Earth.” This is a woefully accurate statement as light pollution is affecting not just humans but the environment as well. Drake describes the effects a surplus of artificial lighting has on animals, describing how “Toronto’s nighttime lights are frequently lethal to birds. Blinded by glare or lured by artificial lights, disoriented birds fly into gleaming windows or smash into buildings, sometimes tumbling hundreds of feet to the pavement below.” These bird casualties range into the tens of thousands per year and continue to rise as the nights get brighter around cities. The lack of day and night cycles negatively impact humans’ physiological cycles as well, leading to hormone imbalances that can possibly cause heart disease, diabetes, depression, and cancers such as breast cancer.

So, what can we do to alleviate the extremities of light pollution? Well, it all starts with light bulbs. Depending on what kind of light bulb anything from streetlights to office lamps use, the light emitted could be harmful to the world around them. According to the International DarkSky Association, some tips to help reduce light pollution is that “LEDs and compact fluorescents (CFLs) can help reduce energy use and protect the environment, but only warm-colored bulbs should be used” and that “outdoor lighting with strong blue content is likely to worsen skyglow because it has a significantly larger geographic reach than lighting consisting of less blue.” The main difference in helpful light bulbs is the use of warm colors instead of cold ones such as blue light. Blue light is dangerous particularly because of the strong energy it generates. It causes more surface area to light up uncontrollably, heavily impacting the amount of light pollution in any given environment. Blue, higher temperature lights also are one of the most common light sources, which is a major factor in the world’s inability to see the night sky.

While the solutions to light pollution will not ever bring back the full night sky to heavily populated areas, even if they do heavily reduce excess light, there are bounds of places worldwide to visit, particularly parks specifically designed with the night view in mind called Dark Sky Parks. Youcanseethemilkyway.com is a great tool to use for finding ideal locations to view the true expanse of the Milky Way as it describes everything you need to know in order to have a successful viewing. It describes what the natural night sky looks like, techniques to use, where to go and when to go if you care to see the Milky Way. It will forever be on the bucket lists of many to see the true night sky, but as industrialization grows, I am afraid soon enough, this natural beauty may become a thing of the past.