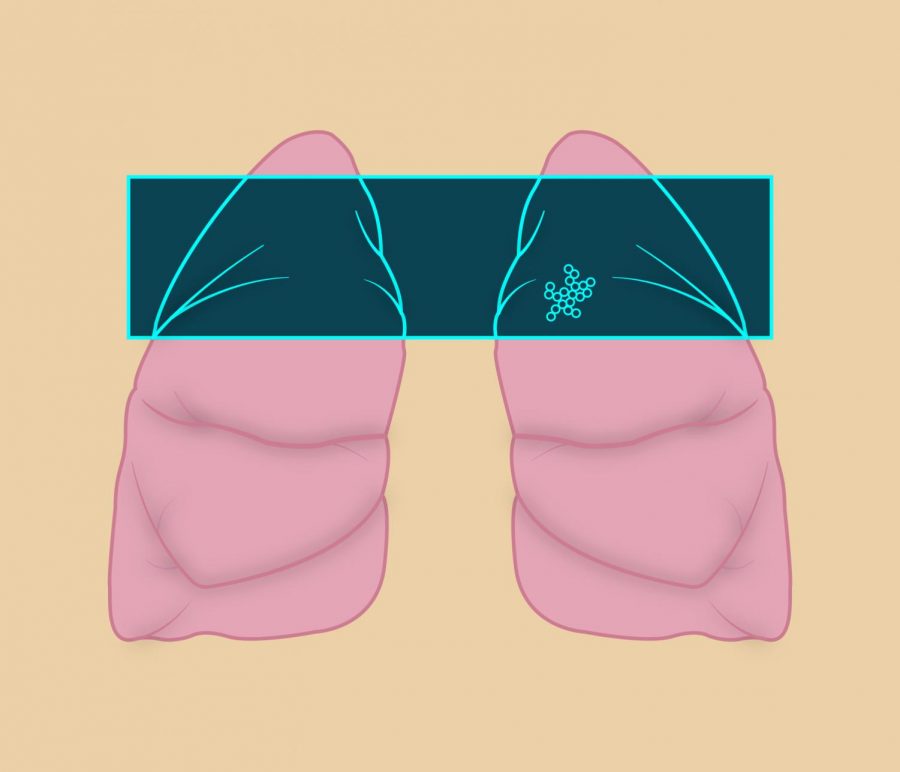 THE DANGERS OF VAPING: A 17-year-old boy undergoes a double lung transplant due to vaping damage.

On Oct. 15, a 17-year-old boy from Michigan went through a roughly six-hour surgery. The teen, whose name remains anonymous for the privacy of his family, is the first patient to undergo a double lung transplant, all because of the chemically toxic habit that many teens have developed: vaping.

The teen was described as very athletic and a responsible student who received good grades. He was admitted to St. John’s Hospital in Detroit on Sept. 5, suffering with what was believed to be pneumonia. The condition of his lungs worsened within a week, however, so he was then transferred to Children’s Hospital of Michigan. Again, his health deteriorated to the point where he shot up to the first patient on the list in need of a transplant, while most patients wait months for a donor.

“What I saw in his lungs was nothing that I have ever seen before, and I have been doing lung transplants for 20 years,” said Hassan Nemeh, the primary surgeon of Henry Ford Hospital. According to the most recent article of this case, by Derek Hawkins, “His lungs had an enormous amount of inflammation and scarring, plus multiple spots of dead tissue.”

Fortunately, the patient was given a “very good prognosis, but faces a long, painful recovery,” Nemeh reported. “This is a preventable tragedy, and this senseless type of product needs to be fought. This patient would have faced imminent death, had he not received the double lung transplant,” he continued.

The new pair of lungs will only be good for about 10 years–if the patient is lucky. After this, he will need a replacement of two healthy lungs per decade. Not only is the recovery of the surgery slow and painful, but the operation itself is extremely expensive, even just for the transplant of a single lung. According to Pulmonary And Hypertension, (PHA), “The United Network for Organ Sharing reports that a double lung transplant, with the inclusion of the organ procurement fee, hospital costs, physician fees, evaluation cost, and immunosuppressant drugs, can come to about $543,900.” Assuming the patient’s family will be able to afford these costs until the teen reaches the lifespan of an average human (79 years), his family will have spent a grand total of $3.8 million.

“We want our son’s story to be heard and used as a reference to other families,” said the teen’s mother. “Whatever the reason is for vaping, smoking, or any other drug usage, help is needed. Our son didn’t get help, and now he won’t ever be the same again,” she said.

Statistically, the percentage of teens who vape has dramatically increased over the past decade. Over 28 percent of today’s teens admit to vaping, according to an article written by Lisa Allenspach. Since March of 2019, there have been 2,051 recorded injuries due to vaping products, and 39 deaths. The reason for this all-time-high is unknown, but many sources say that schools do not provide the necessary education in order for teens to fully understand how their choices affect their bodies and minds.

“It is kind of an awkward topic, too,” said freshman Finn Kronstad. “I don’t think the majority of students even pay attention to the school’s lessons about drugs, and even though we learn about drugs and substance abuse every year in depth, I just don’t think it’s something that anyone really takes seriously,” he continued.

Contrary to this, others believe that schools talk too much about the dangers of vaping. “It’s just so overused,” sophomore Ella Nowlan said. “We hear the same phrases and wording every year. I think the reason no one listens is because the provided education on drugs doesn’t change. It gets boring when you hear it word-for-word repeated again and again,” she explained.

When considering solutions on how to prevent or stop teens from vaping, there are numerous ideas. Junior Nadeen Radi said, “I think high school students just need to occupy themselves; find a hobby or focus on other activities that they enjoy putting time into. And if they do end up becoming addicted to vape products, they should look for help right away, and learn how it is affecting their body negatively. Either that, or they may have to learn the hard way.”