Understand Felons, Then Decide If They Should Vote 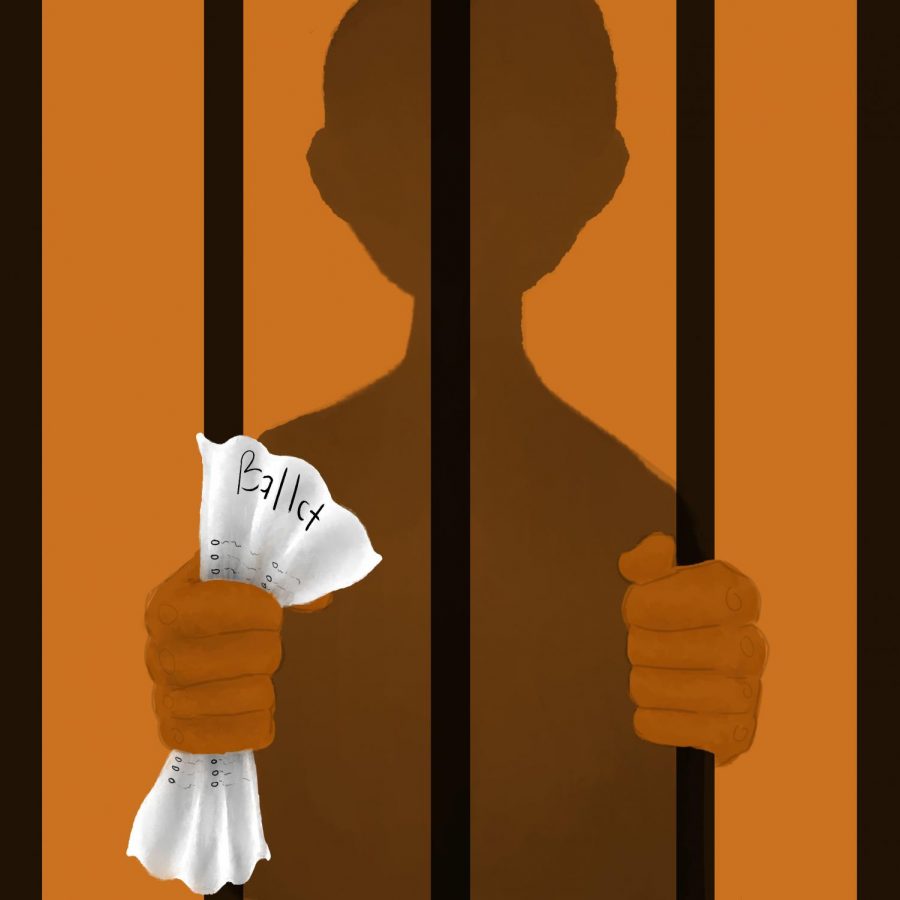 VOTING RIGHTS FOR FELONS: The chance to participate in our democratic government and to vote is taken away from those who have ben convicted of a felony. Preconceived stereotypes don’t define who that individual is and if they should have their civil right given back.

Those who have been convicted of a crime do not always have the opportunity to vote and represent themselves in our democracy. According to the New York Times, about six million U.S. citizens are not able to vote because they have a felony conviction. This civil right is taken away from them when they are convicted and incarcerated. After they have served their time they do not always get this right back. Freshman Katherine Kennedy says, “They should be able to voice their opinions.”

In many states they must go through steps or have a waiting period until they can vote, or both. The state of Nebraska has a two year period after serving their sentence until they are able to vote and in Alabama one must apply and go through steps for eligibility. News Max also says that these differences cause for confusion about if someone is eligible to vote in their state. Sophomore Matthew Chytil says that the differences between the states laws on ex-felons voting should be more publicized and maybe even changed from a state’s law to federal, to reduce confusion.

Many believe that the ability to vote will help those who are reentering society and give them one more step towards normalcy. States such as Florida are passing laws that make it so that ex-felons have the ability to vote directly after completing their time in prison. However, many believe the severity of the crime is important to determine if the felon should be able to vote. Senior Matthew Moss believes that even if someone has committed a crime they should still be able to participate in our democratic government and have a say. Junior Thomas Gotuzzo agrees that everyone should be able to vote, but he believes that the more severe the crimes, such as sexual assault, should cause for a more careful evaluation of them. Gotuzzo thinks that the evaluation will determine if that individual is suitable for participation.

The negative stereotypes about those who have been convicted of a felon is the major reason why their right to vote was taken away originally. But this stereotype does not fit all. Junior Renee Ball says, “If they don’t know the crime” then there is a stigma about that person. However, Ball does believe that you should understand the crime the felon was convicted of and understand the individual behind the crime. Then you will realize that there is not something so terrible about their situation and especially about them. According to Pro Con, the percentage of violent felons is below 50 percent and consistently staying low, which displays the negative stigma that criminals are all violent.

Senior Sunny Lee says, “Not everyone who is convicted of a felony did the same thing, for the same reasons.” She believes that if you understand the person’s situation and their motives, there may not always be the negative idea you already have built up in your head when you first heard that they were convicted of a felony.

The severity of the crime should still be a major factor in deciding if that individual can vote. Their crime committed does not affect that person who is still able to contribute to society and especially their right to participate in government. Evaluation of those convicted would allow them to be understood as the person they are. They would not be seen just as a person that has a past that is complicated, and that it will make their future difficult, but how they truly can be a constructive member of society. Ball also believes that the time served as punishment would be a good resource to help determine if someone should be able to vote and if they should wait. She thinks the legal system will have a better understanding of the person causing the sentence to be an accurate evaluation of their crime.

Large percentages of each state’s population are not able to vote because they were convicted of a crime. Allowing convicted felons the opportunity to vote will allow for them as groupings and as individuals to have the representation that they are ensured as a civil liberty.